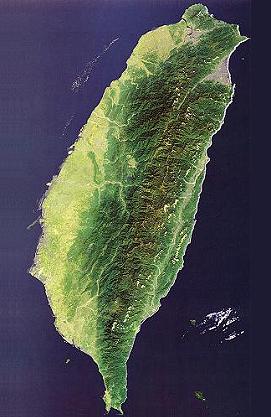 It is not exaggerating to call Taiwan as “Oolong Island”, because you can find very good quality of Oolong tea from mild-, light-, traditional- to heavy-fermented with and/or without being wood-fire roasted.

What do we benefit from the history

The history of Taiwanese tea can trace all the way back to the early 17th century when Taiwan was under the occupation and ruling by Dutch.  The massive Chinese migration from the China coast provinces began after the Dutch troops were defeated by General Zhen Cheng-Kong  in 1661. The early Chinese migrants brought the tea tree cultivars, the farming and processing techniques from the Mainland to Taiwan.

In 1869, English trader, John Dodd began shipping Taiwan oolong to the United States, he branded as “Formosa Oolong”, that’s why Taiwan Oolong is also known as Formosa Oolong in the world today. In the past >350 years started from the early migrants who have not only preserved the old Chinese tea traditions but also continued with various researches and renovations, so now there are twitted shape Baozhong, opened leaves as Oriental Beauty and half ball shapes Oolong tea.

Well preserved Chinese traditions, wisdom, continued research efforts to create more different tea tree cultivars, refine the production processes plus the perfect climate and geographic conditions, that’s why Taiwan Oolong is one of the unique kind in the world today.

Tai Dong is on the East coast, the tea development in Tai Dong began late comparing with other tea regions on island.  The small scale of tea plantation began in abt. 1960, at the beginning there produced only black tea. Before the tea plantation and production from the Central South to the high mountain region in the Central mountain range took the lead, Tai Dong had a good period from 1980 to 1995. Starting from 1996, the glory peak was sliding down, numbers of tea manufacturers reduced from 50-60 to a dozen so as the size reduction 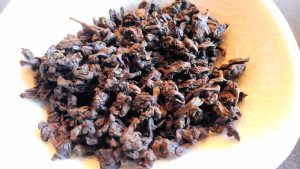 of tea plantation.  In order to stimulate the growth, the Tea Research and Extension Station, Tai Dong station created a “new taste”  by using pickings from Summer, Autumn/Winter and increasing the fermentation level.  Because the colour of tea liquid is in 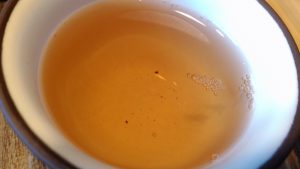 shinning orange red that similar as the black tea, so it’s named as “Black Oolong”.

Withering, stirring, roasting, rolling and drying are unique processes in Oolong tea; it can be opened-, twitted or half shapes, the fermentation plays a key diversity factor to create a wide variable in Oolong tea, from mild-, light to heavy.  Black Oolong emphasis the withering and stirring process, it’s perhaps the heaviest fermented and roasted Oolong of all.

Each person has her/his unique preferences in life, there is no better way to know one tea than having a chance to savour its flavour and taste in person.